What is Forex Currency Trading 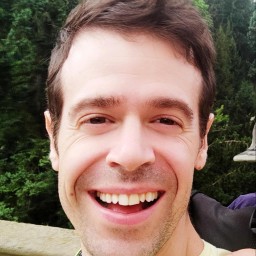 Prior to the internet and the online trading boom, currency trading was difficult for retail traders. It was predominantly a game for banks, large corporations, hedge funds and high-net-worth individuals. But especially over the last decade, barriers to entry have largely been eliminated. In this post titled “what is forex currency trading”, I will aim to provide you with a basic understanding of how the currency markets work.

Forex currency trading is the process of changing one currency into another with the aim to profit from fluctuations in currency exchange rates. The foreign exchange is the largest market in the world with daily trading volume usually being in the range of $6-8 trillion. Not all of this volume is speculative. A large portion of the market activities are related to trade, tourism or commerce and inter-bank activities.

What is forex currency trading

When you engage in Forex currency trading, you’re always trading a currency pair. Meaning you’re buying one currency and simultaneously selling another. Each currency has a three letter word assigned. Usually, the first two letters stand for the country and the third letter for the currency. So for example USD stands for United States Dollar and GBP stands for Great Britain Pound.

The first quoted currency in the pair you’re trading is referred to as the base currency. And the second one is the quote currency.

The Forex pairs are segmented into different types.

EUR/USD, USD/JPY, GBP/USD and USD/CHF are usually referred to as the four major currency pairs due to the fact that they’re the most actively traded pairs, both for economic as well as speculative reasons.

The most heavily traded pair by far is EUR/USD, which is more than 20% of the daily Forex volume.

USD/CAD, NZD/USD and AUD/USD are often included in the major pairs group as well for the reason they include the US Dollar. Overall, above 50% of all trades on Forex include the USD and in total, the four major pairs alongside the three commodity pairs account for about 80% of all volume.

I prefer the “commodity” label for USD/CAD, NZD/USD and AUD/USD due to the fact that the Canadian, Australian and New Zealand economies are commodity based to a very large extent and there are strong correlations between their currencies and the respective commodity markets. For example, the price of oil has a large influence on the Canadian Dollar. And both AUD and NZD have a strong correlation to Gold.

These are currencies of developed economies, not including the US Dollar. Therefore they’re typically referred to as “crosses”. They’re less frequently traded and include for example EUR/GBP or GBP/JPY.

These are defined as one major currency against one from a developing or relatively smaller economy. So for example USD/MXN or EUR/CZK.

Several pairs are commonly called by their nicknames. If you hear someone talking about the “Cable”, they’re referring to GBP/USD. Some of the other common nicknames are “Loonie” for USD/CAD, “Swissy” for USD/CHF, “Aussie” for AUD/USD and “Kiwi” for NZD/USD.

How does Forex currency trading work?

There is no centralized exchange facilitating currency trading, like there is with the stock market for example. The Forex market is run by a global network of banks and institutions with the actual trading taking place in an over-the-counter (OTC) market.

This also means there are no regular trading hours. The Forex market is open 24 hours a day, starting at 5pm EST on Sunday when Australia opens. All the way through 5pm EST on Friday when the US closes.

There are two ways for you to profit if you engage in Forex currency trading.

Margin and leverage in Forex trading

The moves in the currency markets are generally not as severe as in the stock market. It’s quite common for a stock to pop up or down by 5% or more in a session. Across the most frequently traded Forex currency pairs, you’ll generally see moves of under 1% on any given day.

Considering this fact, how can we profit on Forex comparatively to the stock market for example? One big advantage of Forex trading is the availability of leverage. You don’t need capital to cover the full trade size. You put down a fraction of this, which is called margin. When you then close your trade, you realize a profit or loss based on the full position size. Leverage is a great feature when used to your advantage. It can magnify your wins, but also your losses. Always remember to use responsible risk management.

What is a pip?

If you have been exposed to some Forex analysis in the past, you’re probably familiar with the reference to “pips”. This is a commonly accepted unit of measurement to quantify moves in a forex pair. Usually, a pip is the fourth decimal place of a forex pair. As an example, let’s say that EUR/USD is quoted at 1.04933. Notice the fifth decimal, which is a micro-pip. If, during a session, EUR/USD moves down to 1.04833, this is a movement of 10 pips.

There is one exception to this rule. And that’s if the quote currency is listed in a much smaller denomination. Across the most traded pairs, this is the case with the Japanese Yen. Here, a pip is the second decimal. So if USD/JPY goes from 134.855 to 134.955, this would also be a 10 pip move.

If you have a broker account and a trading terminal like MT4, you'll notice two prices listed for each currency pair. One is the best buy price and the other is the best sell price. This is also referred to as the bid/ask spread. 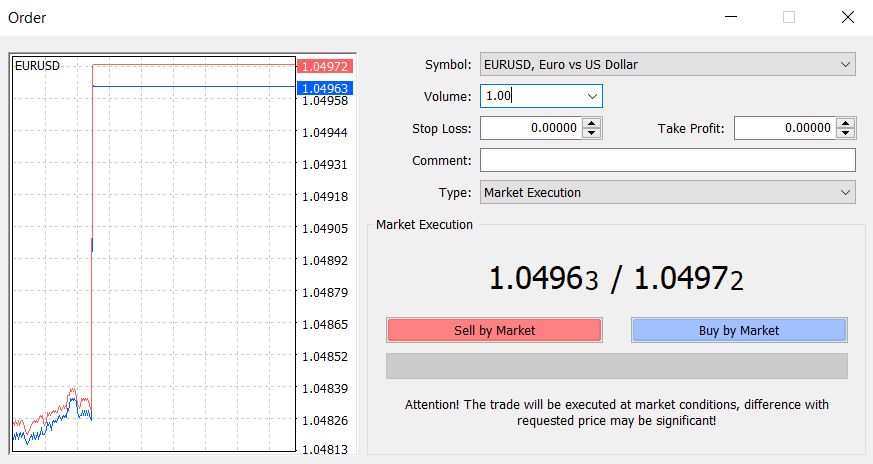 Commissions in Forex trading are generally low to non-existent, with the bid/ask spread commonly being the broker's main compensation. Therefore, the rates can differ across brokers and it’s important to do your research before you open and fund a trading account.

What moves the currency markets?

Like any market, supply and demand dynamics drive the price moves. The individual central banks in the economies of the respective currencies have a lot of power. They can raise interest rates, hence increasing the value of a currency. They can also inject liquidity into the economy through tactics like quantitative easing (QE). Hence decreasing the value of a currency.

News reports usually lead to significant reactions in the Forex markets. Especially central bank rate statements and press releases, CPI numbers, employment reports, etc. You can use the free calendar at Forex Factory to get an overview of news and events that might have an impact on a specific currency or set of currencies.

Typically, you’ll trade in the spot Forex market. The spot market is the largest because it trades in the biggest underlying real asset for the other types of markets.

These other types of markets include the Futures and Forward markets. Futures is an exchange traded agreement between two parties to take delivery of a given currency at a set price and date in the future. A forward contract on the other hand is a private agreement between two parties to buy a currency at a future date and at a predetermined price in the OTC markets.

How to get started trading Forex

You’ll need to allocate some time to learn this business. Learn as much as you can, explore various trading styles and strategies to find the one that suits your personality. Define your trading plan, set up a trading account and get to work. On my resources page, you’ll find lots of tools and resources to help you on your journey. And don’t forget about Psychology, which is a very important component of successful Forex trading. I have provided some tips on how to avoid the typical trading mistakes in my post here.

I hope this post has helped you to get a better understanding of what is forex currency trading. This is really basic knowledge but I know Forex trading is a complex topic. I encourage you to drop me questions in the comments section below in case anything is not clear.

Where to Learn Forex Trading

Where to Learn Forex Trading

Please log in again. The login page will open in a new tab. After logging in you can close it and return to this page.